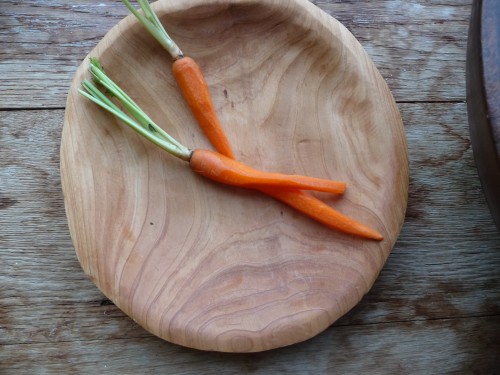 So are you entertaining this long weekend? If so, what’re you making? We’ve already had our house guests for the holiday so for dinner we grilled skirt steaks marinated in apple juice, garlic, onion, soy, and sesame oil ( a la David Chang’s mom); along with warm potato saladâ€”small red, purple, and yellow potatoes sprinkled with rice wine vinegar immediately after steaming/boiling, let them sit until room temperature, then a toss with big spoonful of creme fraiche, chopped preserved lemons, fresh thyme leaves, mustard, and a little honey (I will never use mayo again, only creme fraiche); and a salad of fresh peas and asparagus dressed with pecorino, lemon juice, fleur de sel, and walnut oil. It was a happy melding of spring and early summer ingredients–with the peas and asparagus and early potatoes standing in for upcoming tomatoes and eggplant. 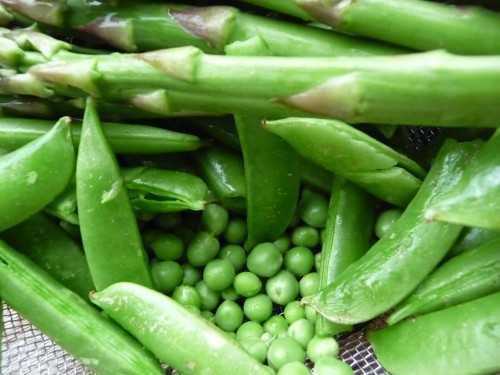 It’s also so muggy and hot this weekend that I aborted a dessert plan to make a fresh strawberry and rhubarb crisp because I didn’t want to turn on the oven. I could of just whipped some fresh cream and served that in a bowl passed around the table with the strawberries just the way they are (we had them this way once in Paris but the strawberries were small and wild and the bowl of whipped cream was passed around the entire restaurant from table to table). 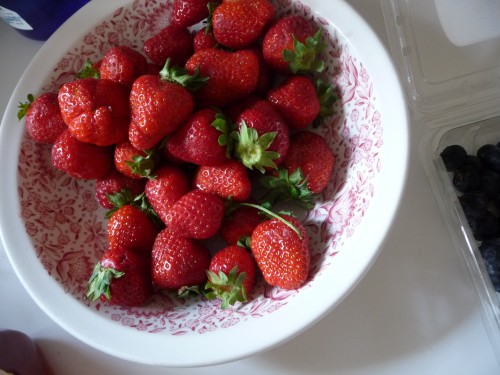 Instead I opted for pies made at a local farm called Wightman’s Farm (thanks to my mom for picking them up!). I’m getting the feeling we have a sweltering summer ahead of usâ€“I won’t even get into the Amazon jungle-sized bugs that have had made an appearance in our backyardâ€”which will mean less oven time, more salads.

Which is fine with me. Have a happy holiday!