Put A Pickle On It 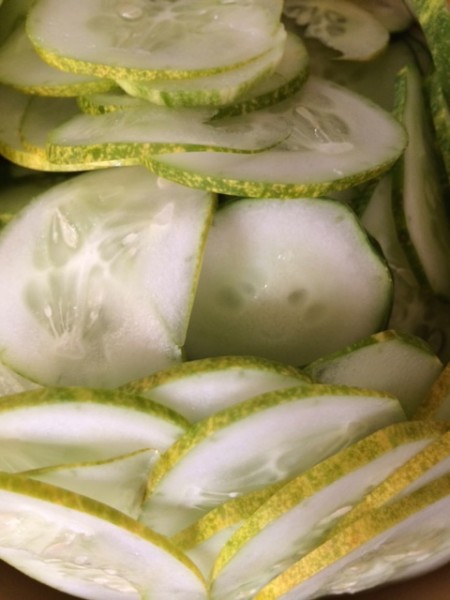 Last week I went to pick up my CSA share and was given four pounds of cucumbers.

Luckily I love cukes. As a child they were the only vegetable I would eat, probably because they taste less like a vegetable and more like the Good Seasons Italian dressing (remember the one that came in a powder packet that you’d mix in its own cruet?) that I would bathe them in. But still, four pounds is no joke for a weekly share. You master canners out there are probably thinking I should have pulled out the Ball jars and started pickling, and I would of, if I had the time and energy. But at this point in the summer, I’m so exhausted from swim team and camp runs, that there’s a good chance that any attempt to sanitize a large amount of jars and produce would lead to household botulism. So I decided to wait and do the canning-project during late summer when things are lazier and the tomatoes are in, and for now, do a quick pickle instead; that way I could enjoy many delicious pickled cucumber slices for a week, plus share the bounty with friends and neighbors. 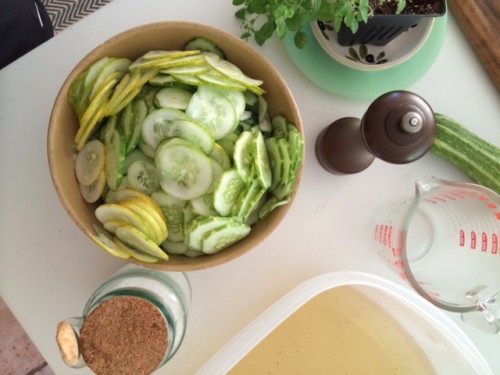 The recipe I like to use is called Lazy Cucumber and Onion Pickle from one of my favorite all-time cookbooks: Deborah Madison’s Vegetable Literacy, a guide to what to do with pretty much every herb and vegetable you will encounter at the farmer’s market or CSA this summer, with simple recipes, good tips, and clear instructions.Â  You can find the recipe HERE (although I HIGHLY recommend getting the book). But basically for a quick pickle there’s a simple formula:

Sliced cucumbers (I like them thin with a benriner) and sliced onion (sweet, red, or shallot), added to a solution that’s made up of sugar, salt, 1 part vinegar (rice or apple or white wine) and 1 part water. You can also add herbs and spices like mustard seed, celery seeds, dill, turmeric, or chile peppers. 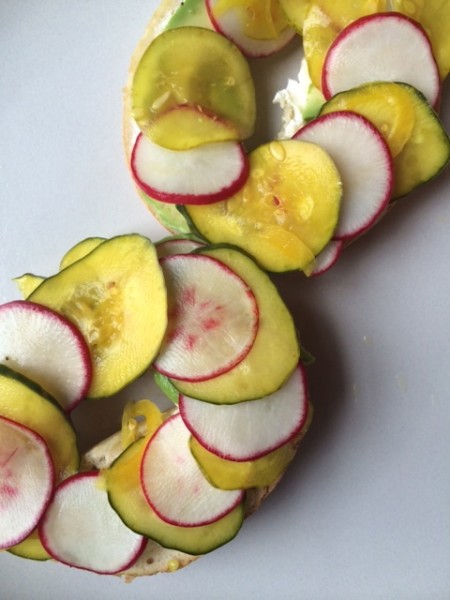 In KEEPERS we included an even simpler version but with a slightly different technique: First you salt the sliced and peeled cucumbers and leave them in a colander to drain (removing the water from the cucumbers makes them soft and pliable and also allows the to absorb the vinegar solution). After about 20 minutes you squeeze out any remaining liquid (but don’t rinse them!) and then add them to a mixture of rice vinegar and sugar (so 1 English cucumber added to a combination of 2 tbs of rice vinegar and 1 teaspoon sugar). 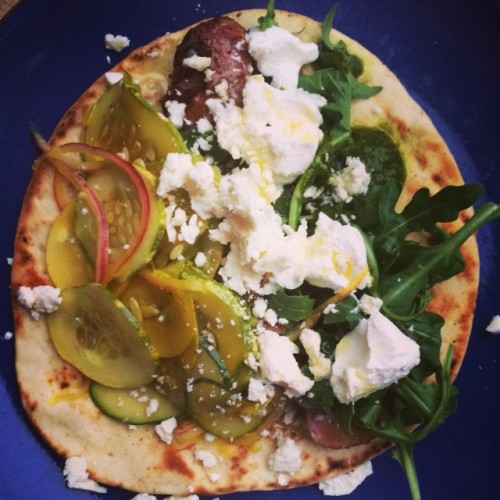 Once you have your pickles done, you can then fill up your spare Ball/mustard/jam jars and store them in the fridge (you should let them soak for a few hours before you start to eat them so they’re nice and pickle-y). I can happily eat them straight from the jar (I especially like to have a few after a meal because I think they’re good for digestion), but they’re also pretty good on almost everything. You may ask, “why not just buy a jar of pickles and save yourself the trouble?” Well, I promise you that fresh pickles, made with from-the-farm cucumbers, are going to taste infinitely better then what you would by at the supermarket.

For starters: On sandwiches they shine, like inside of a warm pita (see above), also stuffed with hummus, feta and arugula. 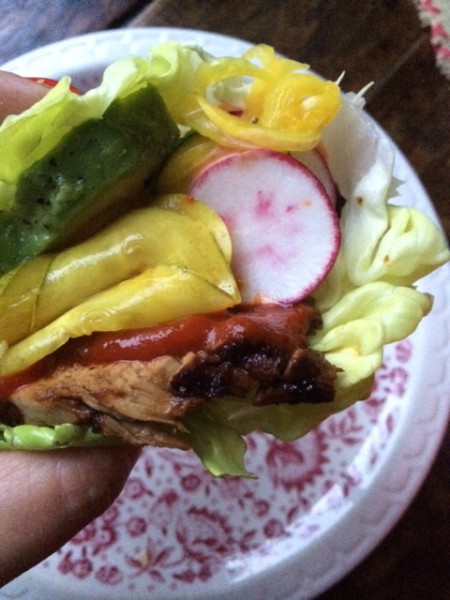 This was grilled and sliced pork tenderloin (a KEEPERS recipe–the tenderloin is marinated in apple juice and then glazed with hoisin sauce) wrapped in a lettuce leaf and then stuffed with pickles, avocado, radish, and spicy-miso-mayo. 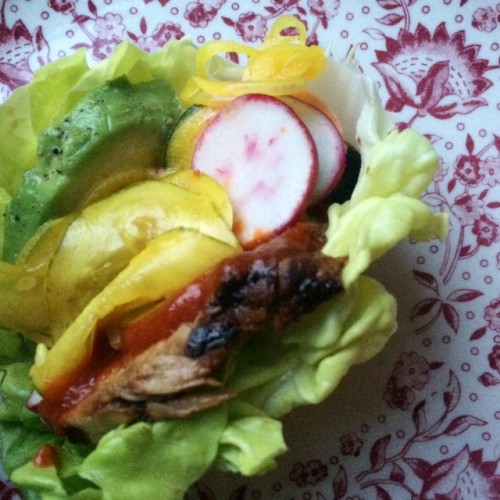 For breakfast I layered an everything bagel with cream cheese, sliced radish, the pickles, and topped with flaky salt. 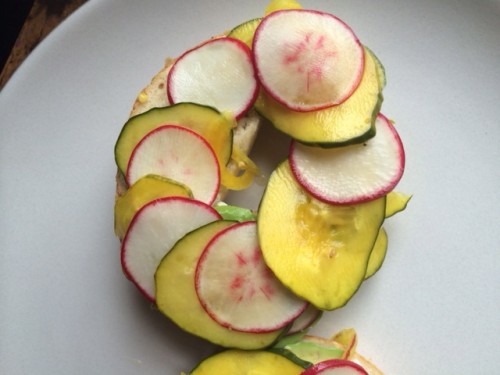 For Belle’s pre-camp lunch I also put some inside of a ham and cheddar sandwich, and grilled it in a skillet with butter to make it like a melted Cubano. As you can see, the options are endless, and by the end of the week, we had consumed all four pounds of pickles (not including the ones we share with those we love).

So give it a try! And if there’s anything awesome you like to put your homemade cucumbers on, please share!