Things I Like: Green Mountains, Apr?s Ski, and Vampires 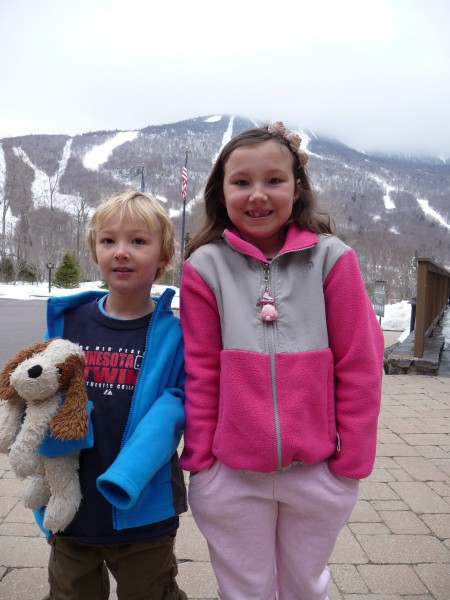 The fam and I just got back from a mini-winter vacation to one of my favorite places–lovely Vermont. Tim and I went to school in Middlebury, VT, so it’s not only close to our hearts because of its rural charms, but also because it’s the place where we met…in between all of the time spent studying and frequenting the library.

I’ve been looking forward to the bracing fresh air, rings of mountains, stunning night skies undimmed by any nearby city lights, the variety of exceptional beers (we tried a new one called Switchback— a red ale made in Burlington that’s left unfiltered and is completely delicious), and the mellow “don’t hassle me, I’m local” vibe. But the main reason for our trip north was to ski again, our first time since I had Belle! Needless to say, I was pretty sure I was going to break my butt(there’s nothing like seeing an injured woman getting pushed by her family in a wheelchair on your first day at the lodge to build confidence). But this fear was not enough to deter us from getting some invigorating exercise, while also introducing Belle and Conor to the joys of family skiing, with the hope that they would love it so much that we could go back together every year. 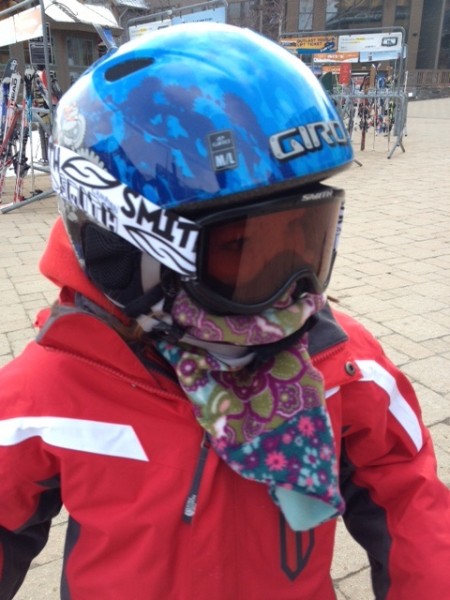 We headed to Stowe, which is way north and a long drive from Jersey, but worth it because most of the state has seen little to no snow. It’s kind of shocking, driving on Vermont roads in February and the fields and mountains are all brown and muddy. Sad, actually, at least for me (global warming!). It had this effect on Belle and Conor… 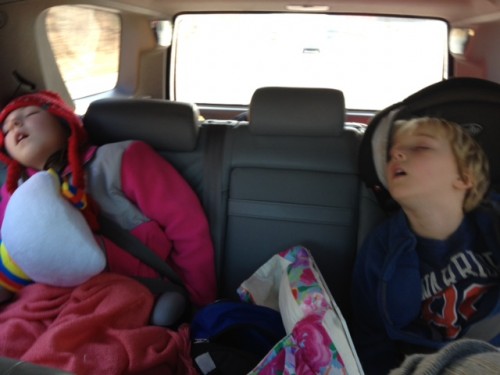 We did make one stop on the way, to the pretty Middlebury campus so the kids could see where their parents spent so much time hitting the books. 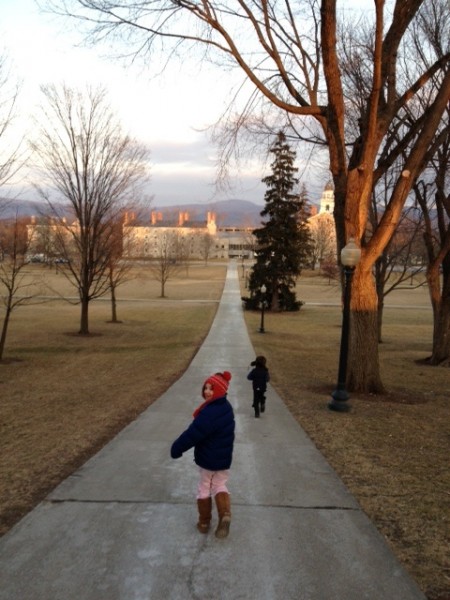 We walked through our freshman dorm which, other than a few coats of paint, does not appear to have had any improvements in decor over the last 20 years. 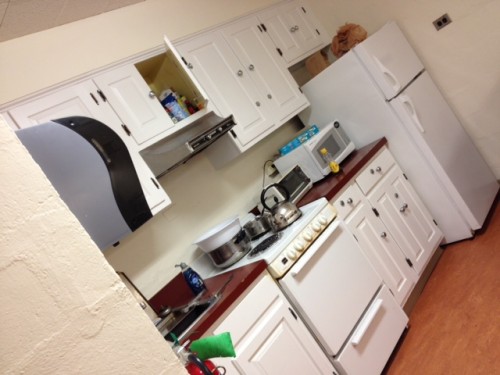 This was our hall kitchen, which was the location of one memorable indiscretion (food related, mind out of the gutter people): When during a late night rummaging through the fridge and cupboards, I discovered someone’s full canister of Duncan Hines cream cheese frosting. I ate it ALL, then passed out. 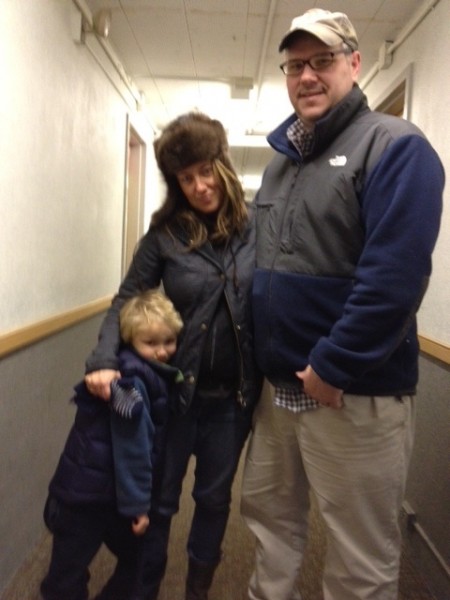 Here we are on our hallway. Who would have known in 1992 that the two people on the right would come back one day with that little person on the left! 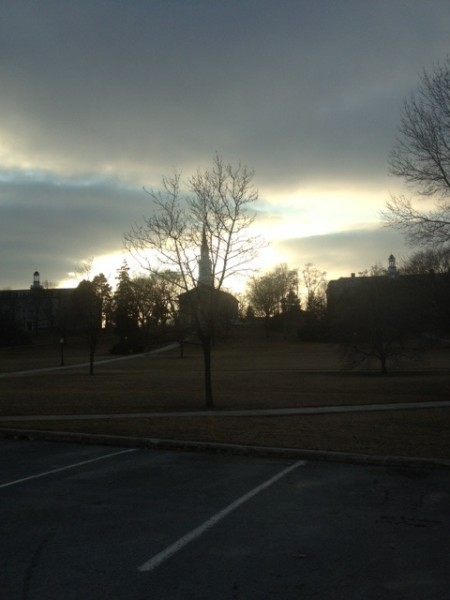 After we left campus we headed to our other intended destination

5 Responses to Things I Like: Green Mountains, Apr?s Ski, and Vampires